Around 1900, many neo-religious groups expressed their desire for a new beginning in mostly utopian architectural plans. Apart from serving as visualisations of a disengagement from institutionalised churches, these designs were also intended to turn new devotional rituals into a collective experience.

Although many designs for temples emerged, only three were implemented and have survived until today: Rudolf Steiner’s Goetheanum in Dornach, the Bossard Art Centre near Jeesteburg – and the Sanctuarium Artis Elisarion in Minusio.

After the original plans to build a “sacred castle” to Clarism in Eisenach failed in 1925, the Sanctuarium was built in Minusio in 1926 and extended by a rotunda in 1939.

The building’s façade features skilful references to temple designs of the day, and to Italian baptistery architecture of the Renaissance, but also to the palace architecture of Palermo. In other words, the exterior alone qualifies as a record of European cultural history which is definitely worth preserving.

The visit to the Sanctuarium was planned as a pilgrimage with the railway station as the starting point. The cultic structure that determined the further progression first became apparent in the entrance area inside the building. This order primarily reflected aspects of the Claristic faith. In analogy to contemporary Percival productions, visitors were guided through a confined “tomb bridge” into the light-flooded last building where “Die Klarwelt der Seligen” (The Clear World of the Blissful) awaited them.

In his will (1960), Eduard von Mayer left the Sanctuarium Artis Elisarion and all its contents to the Canton of Ticino and the property to the municipality of Minusio on condition that the gardens should be made accessible to the public. It was not until 1968, after the canton had initially rejected the donation that the community decided to accept this gift.

Rita Fenacci, who became the vice president of the Associazione Santuario d’arte Elisarion in 1960, was not only responsible for handing the building over to the public sector, but also for the entire inventory. In 1970 she was offered a modified deed of gift in which the community promised to carry out necessary repairs and to open the building to the public, and, furthermore, to use it for “cultural purposes”. The name Elisarion was to remain and a separate entrance was to provide access to the “Klarwelt der Seligen”.

The material that is necessary for a better understanding of the pictorial and philosophical oeuvre was to be kept in a cupboard on the ground floor. The paintings, the urns with Elisàr von Kupffer and Eduard von Mayer’s ashes, and family heirlooms were to remain in the building. Furthermore, the gardens were to be maintained.

In the late seventies, after a period of indecision during which the building was left to deteriorate, its almost complete destruction was brought on by reconstruction work which had been commissioned in spite of the strong protests from various cultural historians. The unconventionality of this cryptic work and a latent homophobic approach towards the legacy of two men may have been behind these decisions.

Today the men’s legacy is distributed across different places in the community. Most of the surviving paintings, fragments of the former library, and the literary remains can be found in a room of the former sacred building. The inventory in its entirety has yet to be undertaken.

Thanks to Harald Szeemann, it was possible to save the monumental cyclorama “Die Klarwelt der Seligen (The Clear World of the Blissful)” from destruction. Two decades ago, it was installed at Monte Verità where it can be visited under provisional circumstances.

The Centro Culturale Elisarion opened in 1981, after the aforementioned refurbishments. The institution’s programme is dedicated to cultural projects in the community of Minusio.

In contrast to the Goetheanum and the Bossard Art Centre, the Elisarion’s original purpose and its founders play only a secondary role. 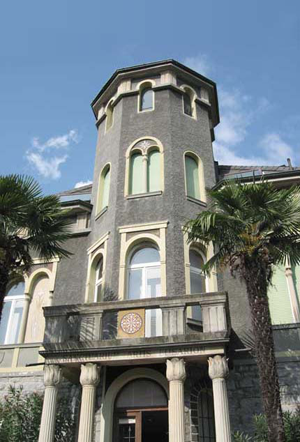 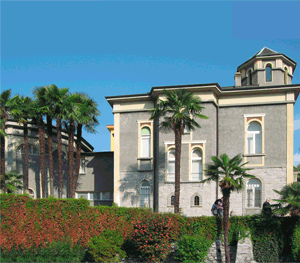 Side view, villa on the right, rotunda on the left 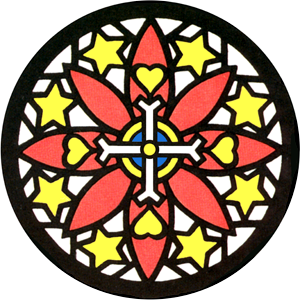