Genesis of the cyclorama

The round picture „The Clear World of the Blissful” was photographed and documented again and again. At first it was individual sequences that Elisàr von Kupffer exhibited in various places. Then they hung flat on the wall in the villa on the first floor until the rotunda was built in 1939. Although difficult to accomplish with the chalk background and the fresco-like paint application, Elisàr von Kupffer made adjustments for the different stages, the most striking are the shorter hair of a young man in the dance by the sea, the leg under the harpist, which was painted over and the partly lighter hair color. (With a click on the picture a larger image appears where one is available.)

Here is a selection of historical photographs and the state before the restoration: 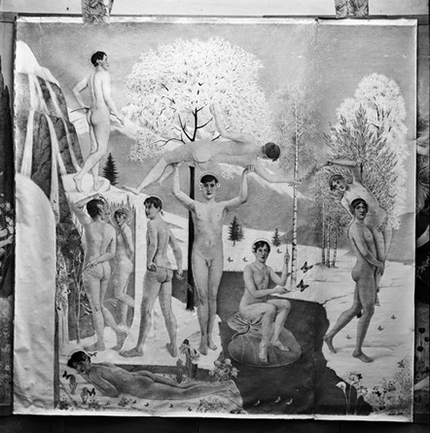 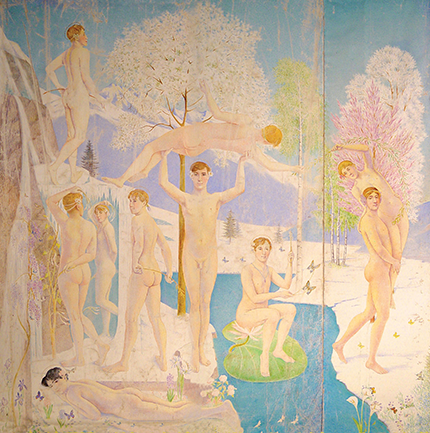 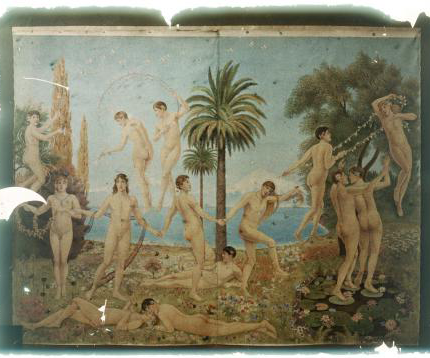 Round dance at the sea, before 1939, second youth with long hair 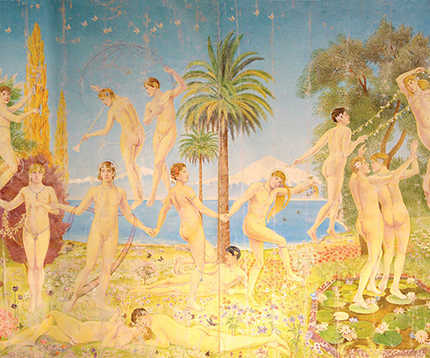 Round dance at the sea, second youth with shorter and blonde hair 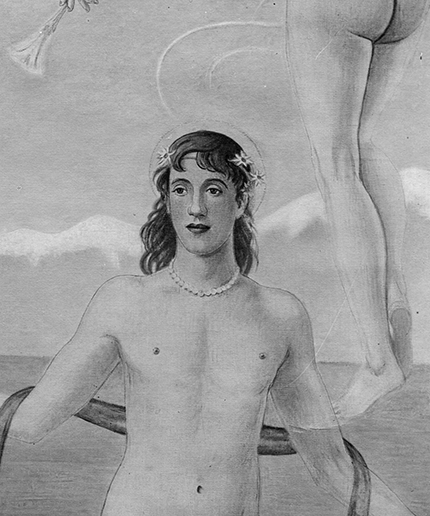 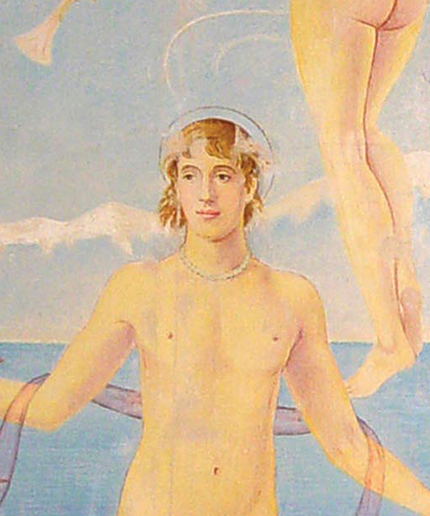 Youth with shortened and blond hair 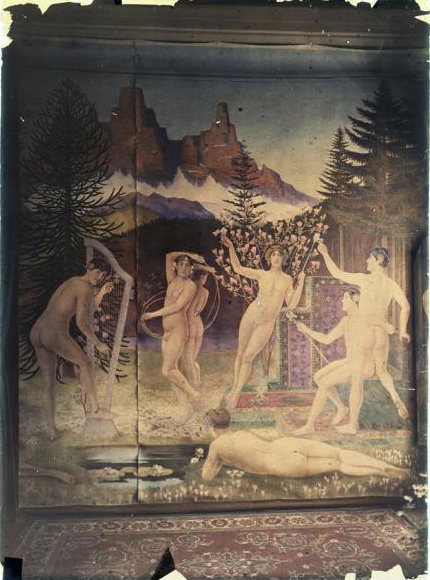 Celebration in the mountain valley, before 1939 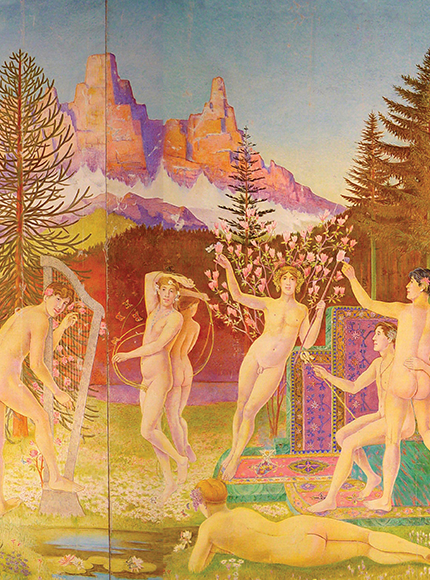 Celebration in the mountain valley 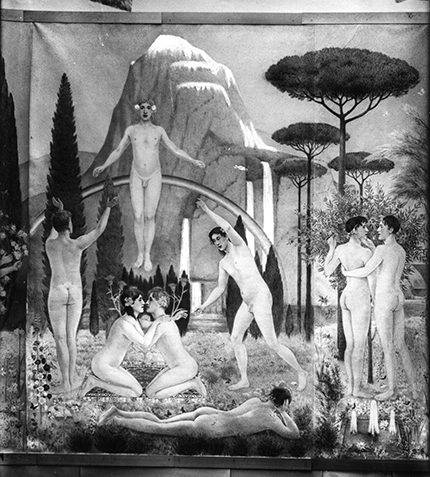 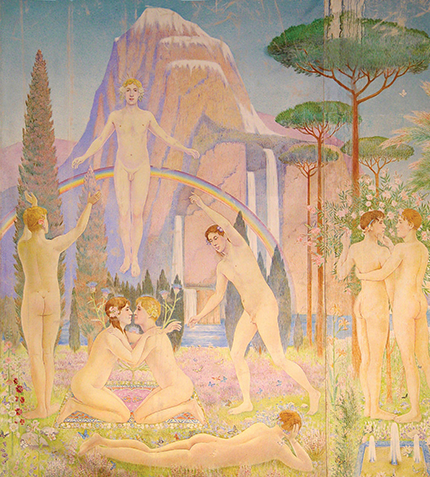 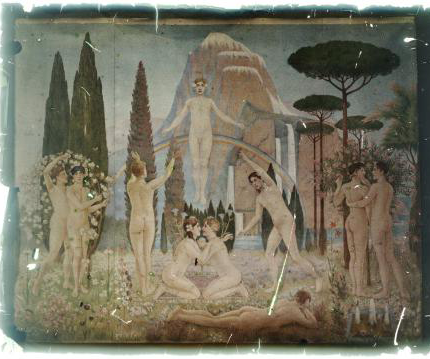 In front of tall cypress trees and the rock of light, before 1939 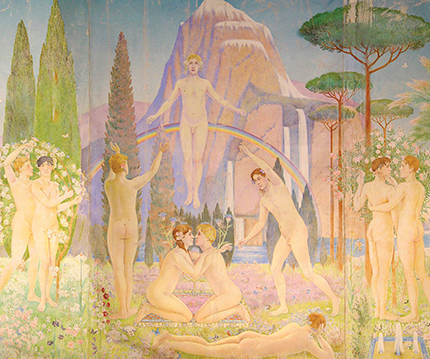 In front of tall cypress trees and the rock of light 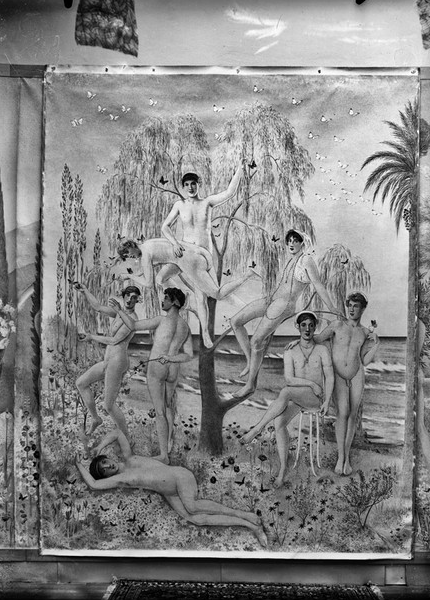 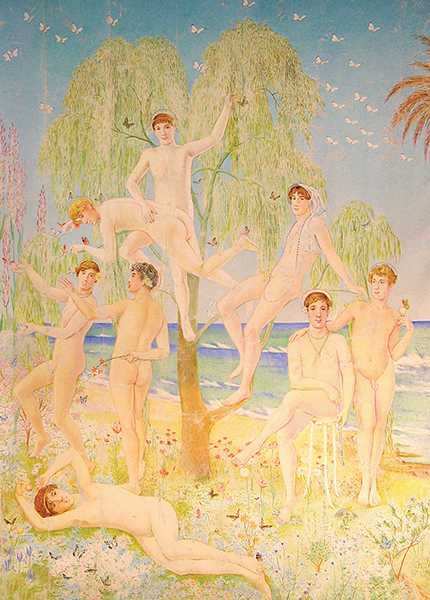 Willow by the sea 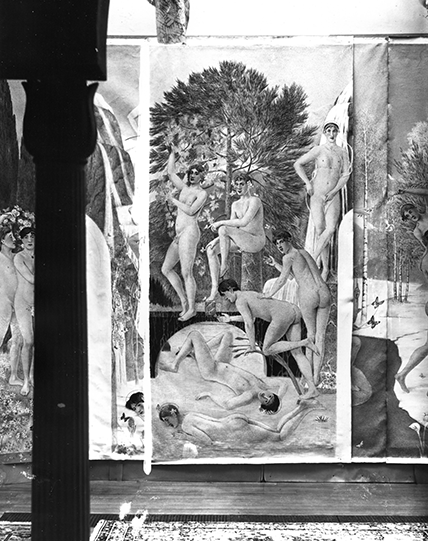 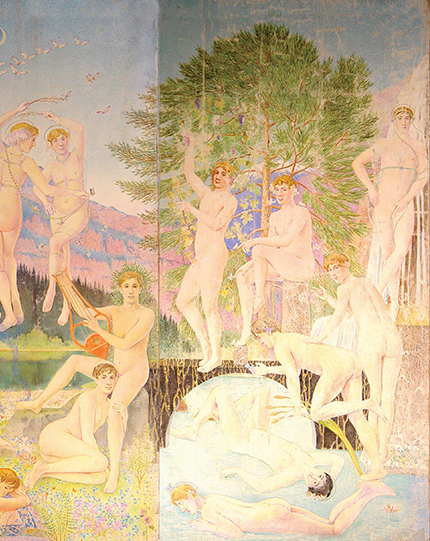 Parts of the cyclorame „The Clear World of the Blissful”, art print (autotype), printed before 1925.

Autotypes are clichés with a grid. The production of 4 clichés for black, yellow, red (magenta) and blue (cyan) was carried out from a color photo (autochrome). First 4 films were produced using color filters, one film extract for each color. These were mostly retouched and re-exposed when copying. The clichées (one for each color) were often corrected with an additional etch until the desired image effect could be achieved. Typical for the time is the overly colored impression and the too high proportion of black.

The result was certainly examined by the artist before printing – the whole thing was an expensive process. 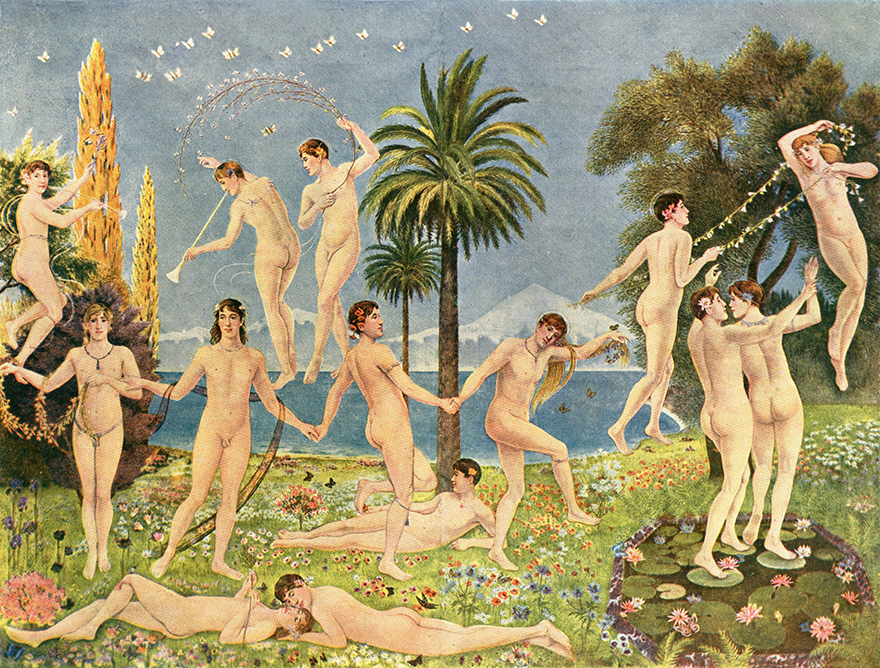 Round dance by the sea, art print