Figurative inspirations for the cyclorama
„The Clear World of the Blissful”

The round picture is a vision of paradise. Gino (Lugi Taricco) was usually the model for the youngsters. Elisàr von Kupffer saw in him the image of his own body in his youth. Some scenes are reminiscent of other paintings by Elisàr von Kupffer.

There are also some references to the landscape. These can be seen in the cyclorama, implemented with artistic freedom. The wrong color arrangement of the rainbow is probably an indication of the rapture in the hereafter, or the inflated second rainbow. 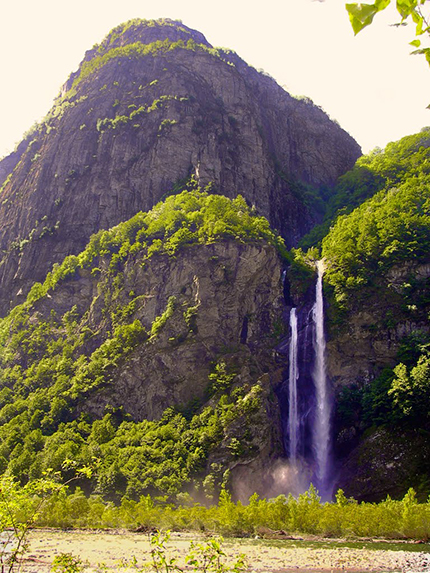 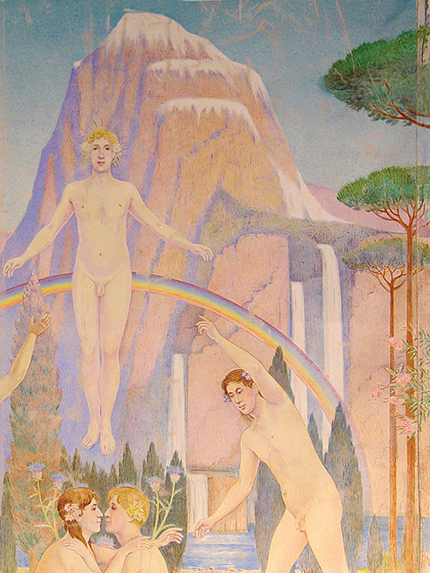 In front of the rock of light 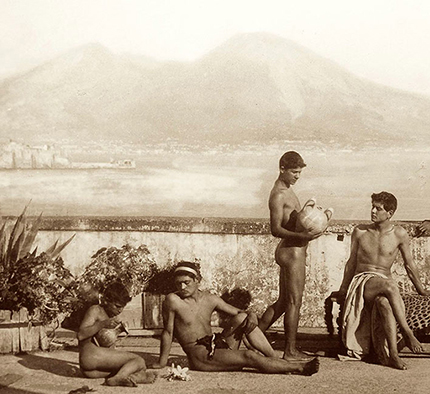 Detail from a photo by Wilhelm von Gloeden 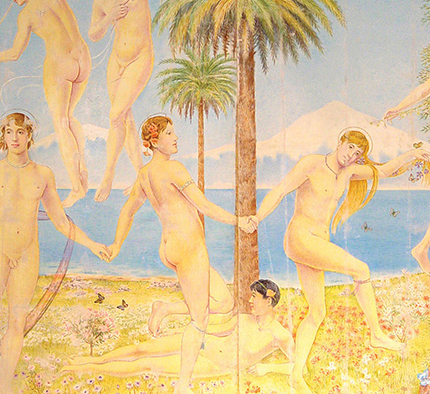 Round dance by the sea 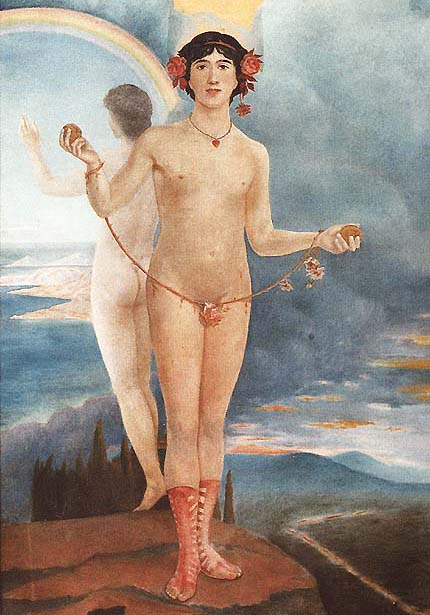 The ascent, decision between „tangled world” and „clear world” in the real world with a natural rainbow 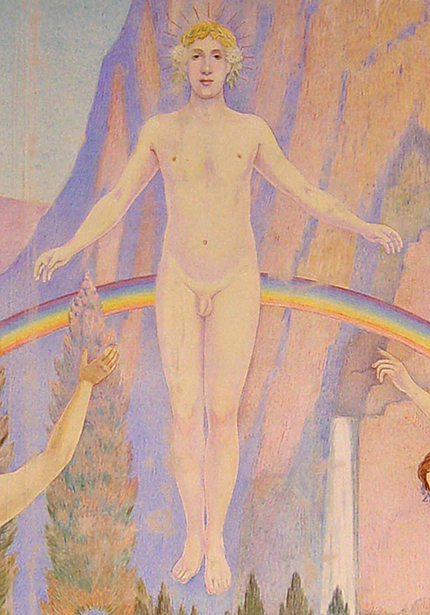 In the hereafter, with a rainbow in the color of the over (double) rainbow 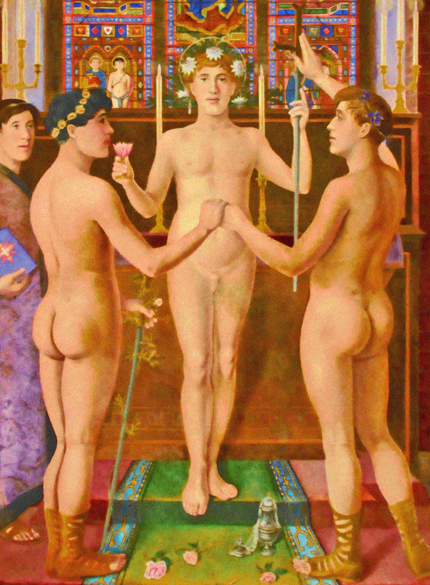 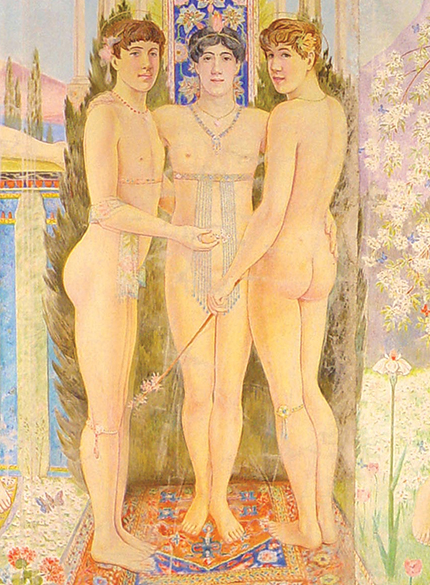 Three in front of the column monument 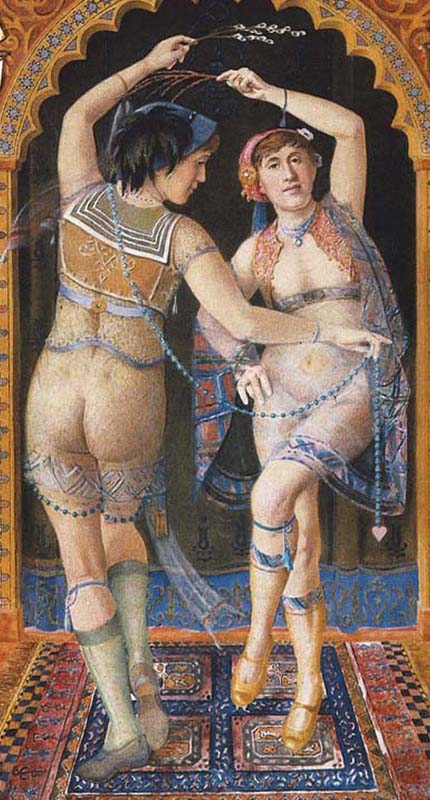 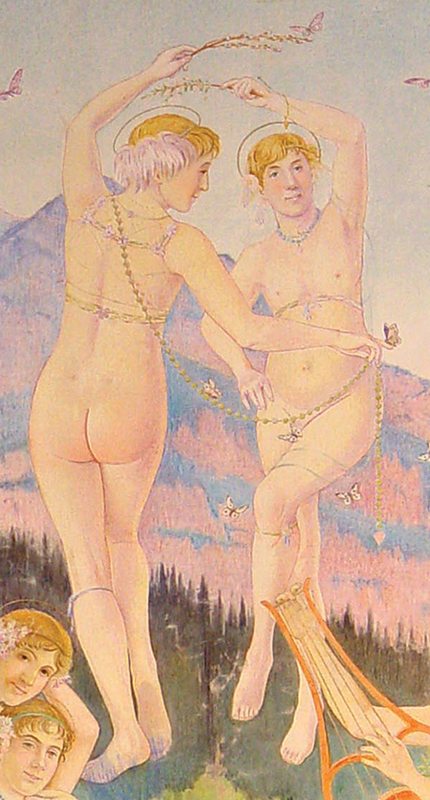 Floating over the forest lake 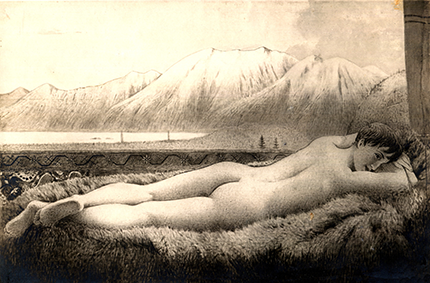 The reunion with Locarno 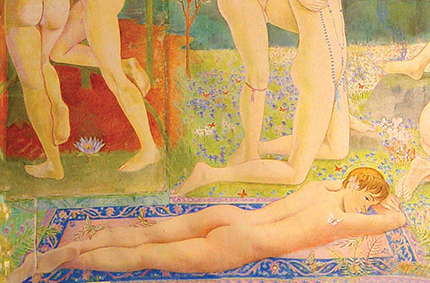 Resting in the foreground of the forest lake 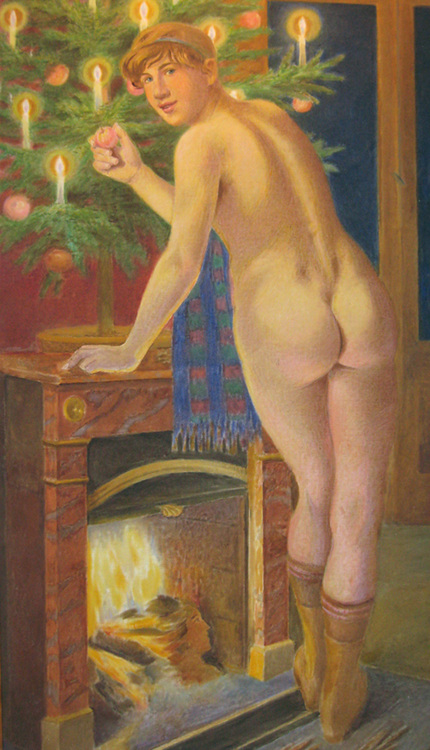 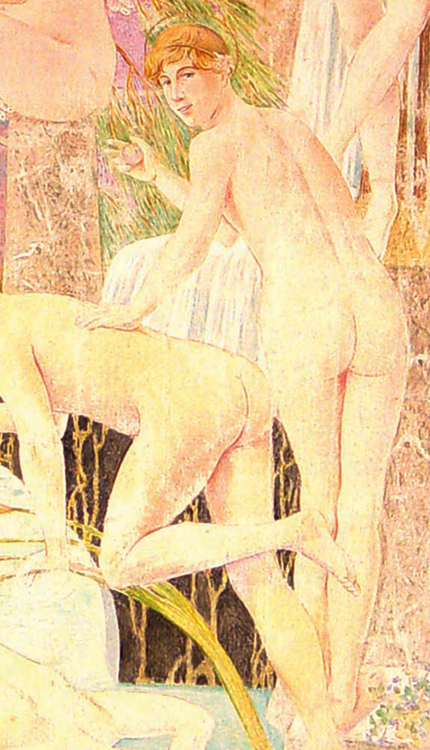