Kurt Tucholsky and the „Polysandrion” 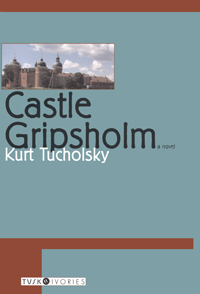 Kurt Tucholsky’s novel Castle Gripsholm is a fantastically serene and mildly utopian book about love, happiness and escape from everyday life. Written at a time when the author began to suffer from the strains of his tireless political journalism. The openness, sophistication and generosity of the main characters are a stark contrast to the small-minded, reactionary German society which Tucholsky steadfastly criticized.

The book begins with the request of the publisher Rowohlt, that the author write him a light love story. A moment later, the narrator embarks with his „Princess” Lydia on vacation to Sweden. On the way they stop in Copenhagen:

More than 80 years ago Kurt Tucholsky published his classic novella Castle Gripsholm, in which he liberally cloaks literary fancy in autobiographical tone. The correspon­dence with publisher Rowohlt? – total invention. Staying overnight in the castle? – poetic license. And his princess, the secretary Lydia? „She does not exist,” Tucholsky admits in a letter to a reader, and muses „Yes, it's such a pity”. 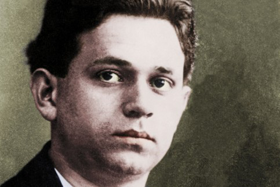 However, one episode that seemed for decades to have sprung purely from the author’s imagination, is actually based upon reality: The visit to the Sanctuary Artis Elisarion, which Tucholsky portrayes as „Polisan­drion”. Who knows how many of the Gripsholm readers have searched Copenhagen in vain for the Polysandrion? No one would be able to find it there. Even in the comments of the Complete Edition, Volume 14, say only: „No traces found.” But Tucholsky had indeed left intimations about the cyclorama and where the strange work should be found:

Northern Italy is quite good, or in that area is even better. The real-life inspiration for Lydia, Tucholsky’s lover Lisa Matthias owned a holiday house in the southern Swiss Canton Ticino. Several times the two stayed in Lugano. Tucholsky spent several weeks in the summer of 1930 in Locarno and Brissago pro­vi­ding adequate opportunity to visit the real „Sanc­tua­rium Artis Elisarion” in Minusio. It is said that Tucholsky visited it at least twice before paying tribute to it in his summer story. The builders of the villa were actually two Balts, Elisar von Kupffer (1872–1942), who painted the oeuvre, and his lifetime partner Eduard von Mayer (1873–1960). Anyone knowing the lives of the two and the Elisarion, immediately recognizes all of them in Tucholsky’s „Polysander von Kuckers zu Tiesenhausen”, his partner Edward von Mayer, the „cleaning woman”, the long-time housekeeper Rita Fenacci, they are all aptly described.

Eduard von Mayer bequeathed the house with a complex will to the public, while the housekeeper was given a right of residence. After her death in 1970, the house stood empty – now owned by the municipality Minusio – until it was radically renovated in the late seventies and converted into the „Centro Culturale-Museo Elisarion”. Harald Szeeman knew and loved the house. He was able to save at least the cyclorama „The Clear World of the Blissful” and convince the com­mu­nity of the cultural importance of this legacy. Thanks to this initiative, the circular painting was preserved, although it lives a sad, decaying existence in a dark pavilion at the Monte Verita.