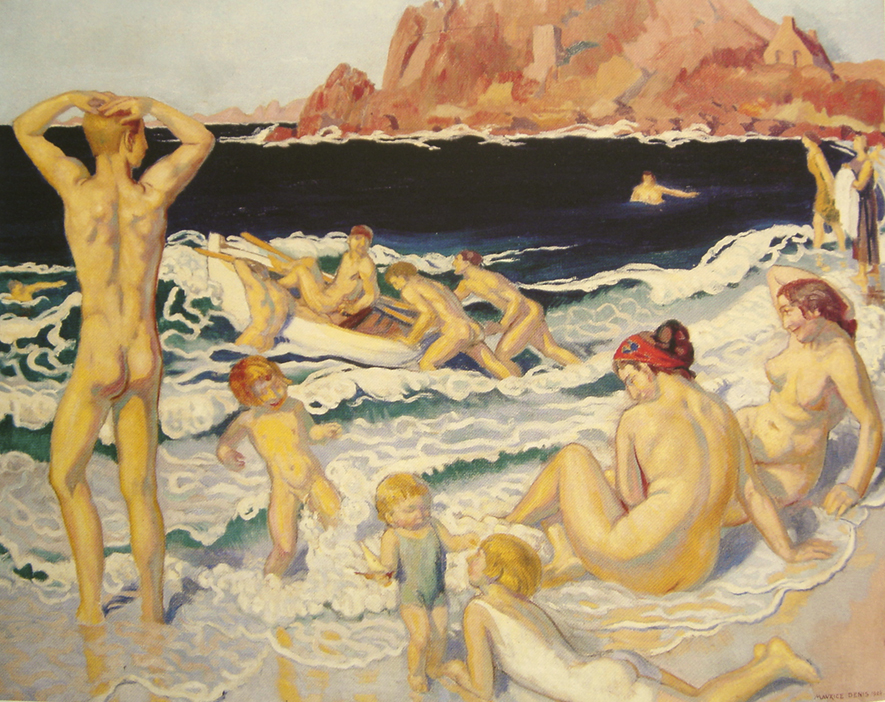 Painter of the symbolism and founding member of the artist group Les Nabis together with Pierre Bonnard, Paul Sérusier and Édouard Vuillard - he shared the studio with Bonnard and Vuillard. Other artists of Les Nabis are Félix Vallotton, George Lacombe and Aristide Maillol. Denis is regarded as the most important theorist of this group. On his travels in Italy between 1890 and 1895, he studied the works of the Renaissance.

The Ateliers d'Art Sacré were founded after the First World War by Denis and Georges Desvallières as part of a broad movement in Europe to reconcile the Church with modern civilization. The ateliers created art for churches, especially those devastated by the war. In 1920 Denis created the mosaic of the altar in the basilica of the Abbey of St. Maurice in the canton of Valais, Switzerland. It shows the coronation of Saint Maurice.

Denis was one of the first artists to emphasize the flatness of the image plane – one of the great starting points of modernity in painting. In his famous proposal for the definition of painting, he proclaimed in 1890: «Remember that a picture before it becomes a battle horse, an act, an anecdote or something else, it is essentially a flat surface with colors which are arranged in a certain order.» (Se rappeler qu’un tableau […] est essentiellement une surface plane recouverte de couleurs en un certain ordre assemblées.)

Denis has published many articles on painting. To the essence of creation: «What creates a work of art is the power and the will of the artist.» By 1900, he dissociated himself publicly from the academic art bustle and the history painting, which was then taught at the academies. In his opinion, the emotions were sacrificed there and transformed into convention and craftsmanship. And he was against realism in painting, in his eyes this was prose and what he wanted was music and beauty, for him an attribute of divinity.

Denis became a member of the Académie des Beaux-Arts in 1932. The official history painting in France had been overcome, and his concepts and ideas were generally accepted.