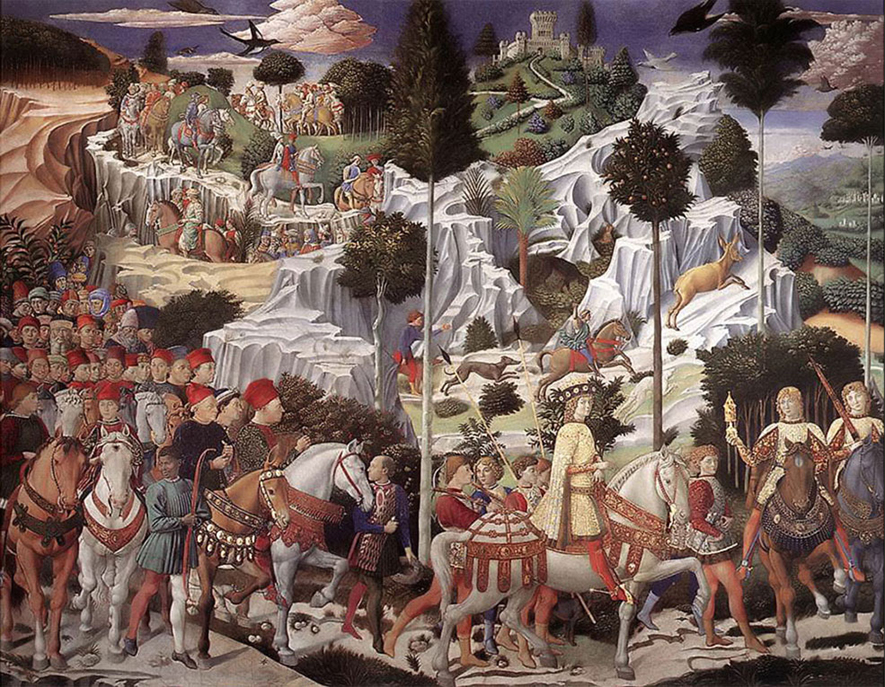 The Journey of the Magi to Bethlehem, the train of Balthasar 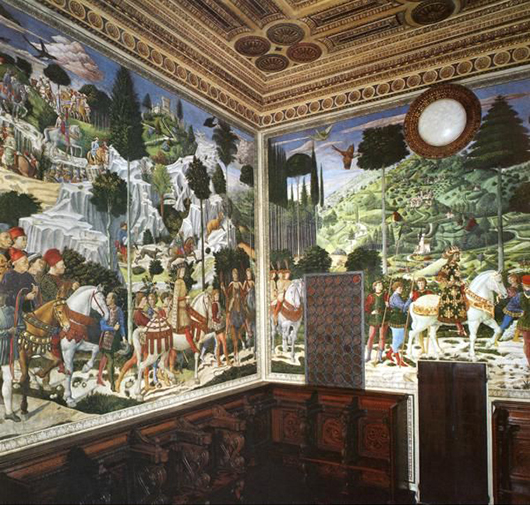 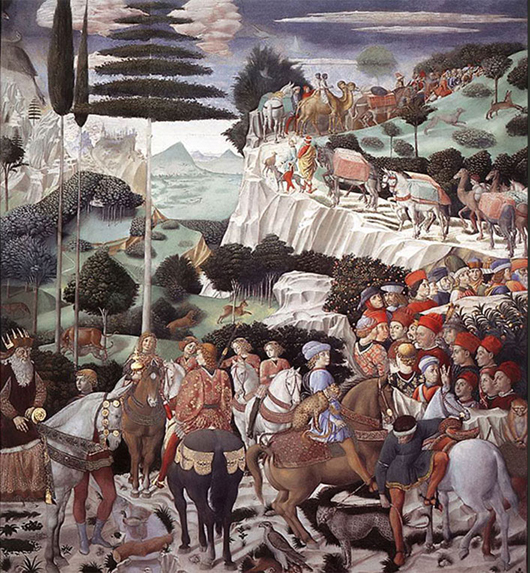 The train of Caspar 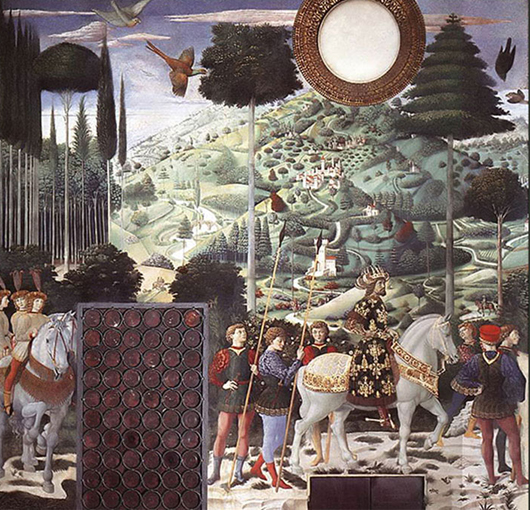 The train of Melchior 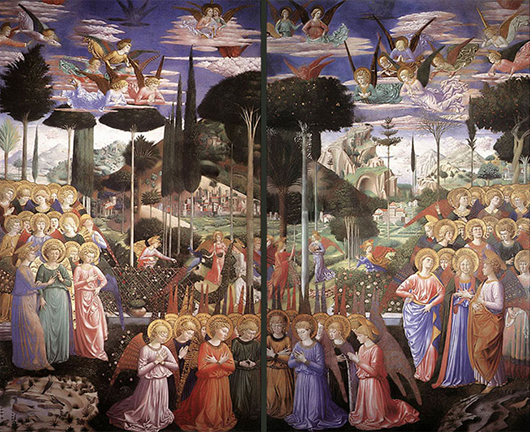 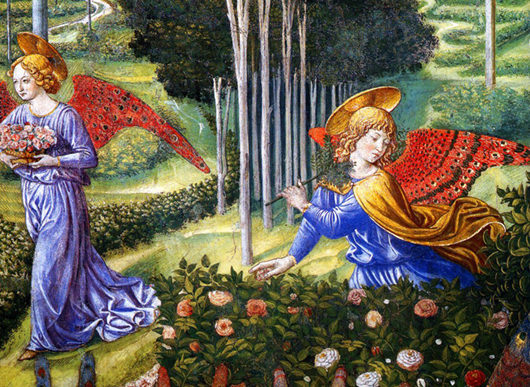 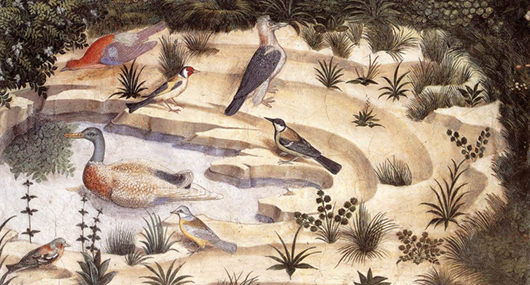 The Journey of the Magi

The Journey of the Magi spreads over three walls of the family chapel of the Palazzo Medici Riccardi, whereby each Wiseman is portrayed in a separate fresco. The fourth wall represents the Angels’ adoration. Each procession portrays members of the Medici family ac­com­pa­nied by other Italian aristocrats.

This cycle is not a purely imaginary construct. The Medici actually organized such parades. They even founded fraternities for this purpose. On St. John's Day 1445, for example, the entire Christmas pageant was performed in town with around 200 horsemen.

In the natural formations, a clear creative will is exercised which respects order and geometry – the ideal of a world ordered by man.

The humanist Giannozzo Manetti noted: „All that sur­rounds us is our own creation, the work of mankind, houses, castles, manors, monuments, that seem to be products of angels, were created by human hands […] Beholding these astounding works, we recognize that we are ourselves capable of wonderful creations more perfect than anything previously accomplished by man. Mankind no longer dreams to become angels; they have become angels themselves, who have descended from heaven and assumed the form of man.”